For September, we're excited to have John and Jane Day lead a discussion about blue zones -- areas of the world where people live measurably longer lives.

John and Jane took their nine-year-old son Joshua and journeyed to one of these blue zones in a remote region of China and interviewed centenarians and Chinese health-seekers who travel there to be healed.  They spent nearly two years researching the question: How do the centenarians in China's Longevity Village manage to avoid the myriad of diseases from which millions of Americans are suffering?

Some readings to prepare for the discussion are below.

John and I grappled with which readings might be most interesting for the group.  We decided to share summaries of books that have inspired us. If anyone is looking for a good read, we recommend Blue Zones by Dan Buettner.

Why the Chinese Don't Count Calories by Lorraine Clissold
http://www.independent.co.uk/life-style/health-and-families/healthy-living/use-your-noodle-the-real-chinese-diet-is-so-healthy-it-could-solve-the-wests-obesity-crisis-873651.html

John Day, M.D. is a cardiologist specializing in the treatment of heart rhythm disorders.  He is currently the Medical Director of Heart Rhythm Services at Intermountain Medical Center. He is on the Board of Trustees and serves as First Vice President of the Heart Rhythm Society, an international non-profit organization with more than 6,000 physician members in over 70 countries.  Dr. Day is also the Editor-in-Chief of the Journal of Innovations in Cardiac Rhythm Management, one of the largest medical journals in heart rhythm management.

Jane Ann Day is a Partner in the Strategic Leadership Partners consulting firm.  She is Co-Founder of the Utah Morocco Alliance where she works with government, business, education, press and military organizations in building a partnership between the state of Utah and the Kingdom of Morocco.  Jane teaches Arabic and is becoming conversant in Chinese.  Jane earned a masters degree from Georgetown University's School of Foreign Service.  Her work has taken her to Asia, Africa, and the Middle East.  As members of the Utah Council for Citizen Diplomacy, John and Jane, in collaboration with other families, enjoy hosting international delegations from around the world.  Jane has been passionate about health and wellness since her youth.  She is a former marathon runner, who due to knee injuries, now enjoys yoga, hiking (uphill), biking and swimming.  Jane has learned the importance of listening to the body.  It holds the truths that will guide us on our journey to wholeness.


Having experienced his own health breakdowns, John began searching for answers.

John speaks Chinese fluently and also lectures throughout China.  During one of these trips, John learned about a longevity village where people often live to be over one hundred years old.  What’s more, they remain vibrant and active, rarely suffering from any of the diseases and disabilities that plague Western society.

John and Jane took their nine-year-old son Joshua and journeyed to this remote region of China and interviewed the centenarians and the Chinese health-seekers who travel there to be healed.  They spent nearly two years researching the question: How do the centenarians in China's Longevity Village manage to avoid the myriad of diseases from which millions of Americans are suffering?

They identified 6 principals that lead to health, happiness and longevity.

When John began applying these principals to his own life, the results were astonishing.  In six months, he lost 30 pounds, his total cholesterol dropped from 211 to 118, and his blood pressure fell 25 points.  He was cured of high cholesterol, high blood pressure, acid reflux, insomnia, and his aches and pains disappeared. Dr. Day’s patients and colleagues have experienced similar success on this program.

John is now passionate about educating and inspiring people to feel empowered to do the same in their lives.  He gives nearly 50 presentations a year to patients, physicians, hospitals, churches and corporations and on major television networks.

John and Jane began writing a pamphlet to share their findings with John's patients to help them naturally reverse many of the ailments that bring them to his office.   Their work has now become a book, bought by HarperCollins, and it is expected to be published in 2015. 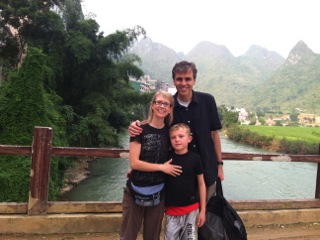 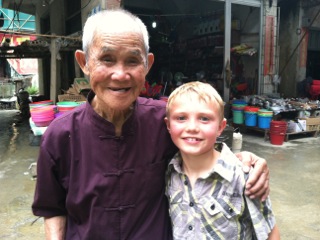 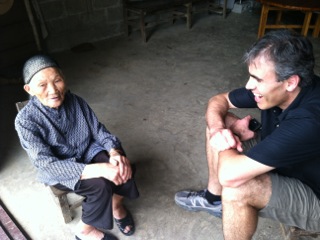