Discussion:
Instigated by university students in 1968-1969, the Black Consciousness movement sought to liberate black South Africans psychologically and stressed black self-reliance.  In the early 1960s, major opposition organizations such as Nelson Mandela’s African National Congress had been virtually silenced by government repression.  In 1969, Steve Biko and other black students frustrated with white leadership in multi-racial student organizations formed an exclusively black student association.  Out of the South African Student’s Organization (SASO) came what was termed Black Consciousness.  This philosophy redefined “black” as a positive identity and taught that black South Africans had the ability to make meaningful change in their society.

In her research and writing, Hadfield analyzes the movement’s impact through a history of the Black Community Programs (BCP) organization and its three major projects: the Zanempilo Community Health Center, the yearbook Black Review, and the Njwaxa Leather-work project.  She analyzes how activists put their ideas into practice, mobilized resources, and influenced people in local communities. She argues that this history demonstrates that people from the so-called global South led development in innovative ways that promised to increase social and political participation.  This history also offers lessons about the power of youth, women, and churches to shape communities and raises questions about race, financial aid, and participatory development. 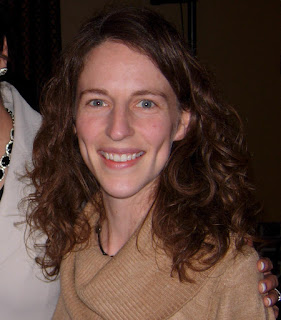 About Leslie:
Leslie Hadfield was born and bred in Logan, Utah. She is a historian of African history, specifically South African. Her book, Liberation and Development: Black Consciousness Community Programs in the 1970s will be published in May (http://msupress.org/books/book/?id=50-1D0-33FD#.VqL5YFmAkmQ). She has lived in the Eastern Cape of South Africa and speaks the Xhosa language.  She also speaks Swahili and interacts with people in the central African refugee community in Salt Lake City.  Hadfield earned her PhD in African history at Michigan State University in 2010, after which she began teaching at Brigham Young University (BYU).