CEO and founder of Scrivener’s Quill

Discussion:
Emma Goldman, an active and outspoken activist and anarchist argued that the populous should abandon the governing systems in the United States. We will look at the writings of Goldman and explore her role in bringing awareness to deficiencies in the legal system. 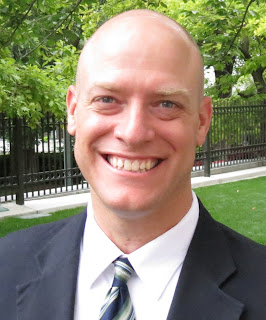 About Travis:
Travis Marker is the CEO and founder of Scrivener’s Quill: A Center for Lawyers and Literature. Mr. Marker graduated with a double major in English and History from Weber State University and received his law degree and certificate in dispute resolution from Willamette University College of law. Travis then earned a Master of Laws in dispute resolution from Bond University in Australia  Mr. Marker is the most active scholar presenting CLE (Continuing Legal Education) on literature's application to the practice of law. He has presented to hundreds of attorneys throughout the United States on the subject.

Stuff to explore:
Emma Goldman's Address to the Jury delivered 9 July 1917, New York (You may need to scroll down to see it)
What is Patriotism?
Popular Participation in the Legal System: Emma Goldman and Anarchy