Discussion:
The murder of fourteen-year-old Emmett Till in 1955, and the acquittal of his accused killers, helped launch the civil rights movement because it woke up the nation and the world to the racial atrocities of the American South. It was perhaps the most tragic and famous lynching in American history, which taught us many lessons. Or did it? What did we learn? What have we forgotten? How does this tragedy help us gauge how far we have come since? 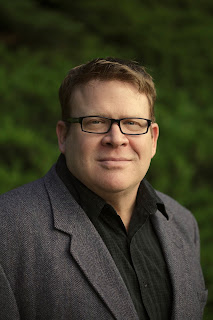 About Devery:
Devery S. Anderson is an editor at Signature Books in Salt Lake City and is the editor or co-editor of four books on Mormon history, two of which won the Steven F. Christensen Award for Best Documentary from the Mormon History Association in 2006. His book, Emmett Till: The Murder That Shocked the World and Propelled the Civil Rights Movement was published in 2015 and has been optioned by JayZ, Will Smith, Casey Affleck, and Aaron Kaplan for a Hollywood TV miniseries. He graduated with a BA in history from the University of Utah in 1997 and is currently finishing a master's degree in publishing from George Washington University.

Stuff to explore:
Devery's book, Emmett Till: The Murder That Shocked the World and Propelled the Civil Rights Movement, can be purchased at Amazon as hardcover, paperback, Kindle, or on Audible.