Friday 1-12-18 | Patterns of a Flourishing Society: The Utah Citizen Summit and Beyond | John Kesler

This Think Again event is in association with the Utah Citizen Summit, Village Square, and Living Room Conversations

Discussion:
John will briefly outline the upcoming Utah Citizen Summit on January 19, 2018 and why it's worth attending the event. He will also describe the patterns of societal flourishing and transformation which underlie The Summit as well as every endeavor which the Salt Lake Civil Network underwrites from TEDx Salt Lake City to Integral Polarity Practice (IPP), to wellness policy and homelessness. John will then lead us into a conversation of how we can apply these patterns of flourishing to improve any societal issue. 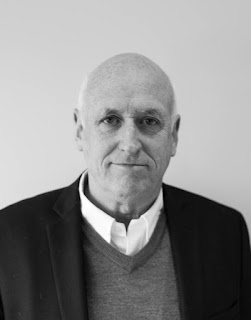 About John:
John T. Kesler is an attorney, facilitator, consultant and lecturer residing in Salt Lake City, Utah. He is the founder and president, Salt Lake Civil Network

John served as Communities Editor of National Civic Review, the oldest and most respected journal in the United States addressing local civic and democratic practices. He led several studies relating to civic and citizen engagement and community movements, funded by national foundations, and is credited with identifying, writing about and improving on many cutting edge aspects of citizen engagement and community flourishing. He was a founding member of the Integral Institute. As executive director of the US healthy community coalition, John revived the healthy community global action network and served as senior advisor to the founding of GAN-Net, the network of global action networks.

John practices law and has engaged in transactional legal work throughout the United States and in Europe and East Asia. He has been an AV rated attorney by Martindale Hubble for more than twenty years. His practice is currently limited to commercial real estate finance.

All who can are encouraged to leave their cars in the “park & ride” lot on the NW corner of Wasatch Blvd. and 39th South. The home is less than a block away. Simply cross the intersection going east. The street is on the north side of the 39th as it goes up the hill.

Bring an item of food to share afterword if you wish.
By jayg December 18, 2017